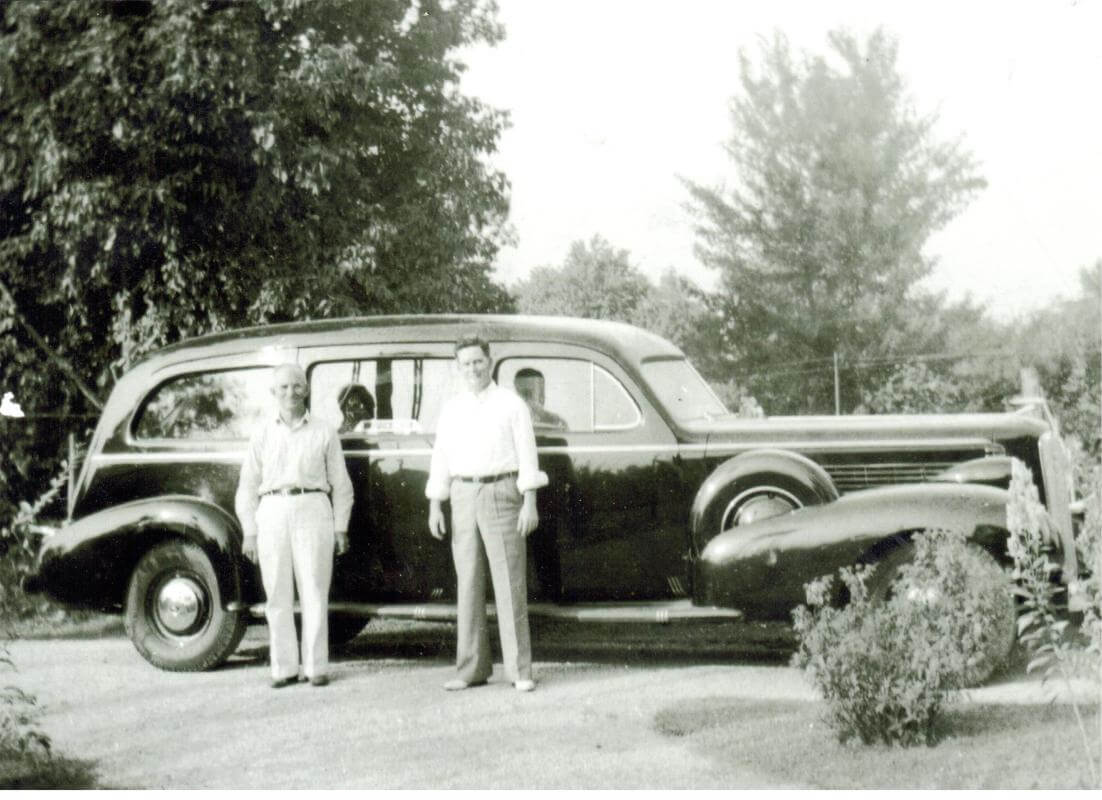 Continuous family orientated service has been the hallmark of the Garr Funeral Home since its beginning in March of 1930. In the beginning, F. & A.M. Tower cared for those suffering the loss of a loved one. Their always ready and present assistant, Carlos A. Haas work side by side with them for many years. When the Towers were to retire the funeral directing was entrusted to Mr. Haas. He moved the funeral home from its original location on Schellers Street in Sellersburg to a location that would be home for almost 25 years on the comer of US Highway 3 1 and Allhands Avenue. When the move was completed, the new location was the first building built for a funeral home in the Sellersburg area. This served the community very well, had chapel, family room, office and most importantly, a warm friendly family atmosphere. In 1959 and 1960, additions were made to that original building to include a formal chapel that was large enough to seat over 100 people, with open beams that reached to over 16 feet to bring the beauty and grace of a church to the families they served. In 1965 Thomas Garr came to Sellersburg while attending the old Kentucky College of Mortuary Science and worked there until he purchased the funeral home from the Haas family in 1972. The need for a larger facility was soon noted, and with the foresight of a growing community, Thomas and his wife Janet, who graduated from Mid-America College, Cum Laude, and was a Registered Nurse, set out to build a facility that would be the best in the area for the time. In 1994 a new facility was completed, and funerals were conducted in the present building that houses the funeral home that now serves not only Sellersburg, but surrounding areas including New Albany, Jeffersonville, Clarksville, Memphis, Henryville, Borden and Charlestown. In order to proudly boast of the family service of the Sellersburg firm, Brian Garr, joined the staff in 1988 after graduating from Mid- America College of Funeral Service. With his dedication and deep concern for the needs of those during very difficult times we are able to continue our FAMILY SERVICE to all we serve.

The Garr Family represents 100 years of licensed experience and compassion.