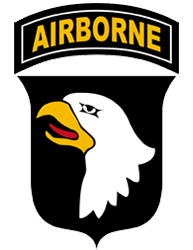 James G. McGlone, entered eternal life on Thursday, August 18, 2022 at Baptist Health Floyd Hospital in New Albany, Indiana. He was born on June 8, 1940 to the late Tivis and Nellie McGlone (Carter) in Grayson, Kentucky. James retired from the United States Army after 21 years of honorable service to his country. During his career, James completed 2 tours in Vietnam. He was stationed for quite some time in Germany and Korea. James was a member of the 101st Airborne Division Association and the 1st Cavalry Division Association. After retirement he worked for Armored Car Company where he worked for 20 years as a Car Captain. James was a member of the Parkway Southern Baptist Church of New Albany, the American Legion Post 204 and the Camp Knox Masonic Lodge 919 F & AM. James enjoyed fishing, his guns and knives and spending time with his dog, Jack.