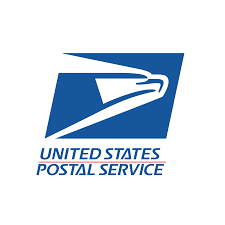 Terry Leon Druin, age 72, passed away peacefully with his wife and daughters by his side on Monday, January 3, 2022 at the Hosparus Inpatient Care Center in Louisville, Kentucky. Terry was born on June 20, 1949 to the late Kenneth Leon and Virginia Druin (Bailey) in Jeffersonville, Indiana. He retired from the United States Postal Service with over 44 years as a rural mail carrier in the Charlestown area. Terry thoroughly enjoyed operating his family farm in Memphis, Indiana. He was an elder at the Sellersburg Church of Christ for many years. Terry was ultimately a family man. He leaves behind his wife of 48 ½ years, Dana Druin (Wilkerson) of Memphis, his two daughters, Elizabeth Lee (Scott) of New Albany, Indiana, Rebecca Hinkle (Joseph) of Clarksville, Indiana and his sister, Gayle Swafford (Thurman) of Memphis. Terry also leaves behind 4 grandchildren to cherish his memory, Hannah Lee, Rachel Lee, Jonathan Lee and Annabelle Hinkle. He was preceded in death by his dear niece, Melissa Gayle Swafford.

Funeral services will be held at 11:00 A.M. on Saturday, January 8, 2022 at the Sellersburg Church of Christ (213 South New Albany Street, Sellersburg, Indiana 47172) with interment to follow at the Bowery Cemetery in Memphis. Visitation will be held on Friday at the Garr Funeral Home in Sellersburg from 2:00 P.M. until 8:00 P.M. and on Saturday from 9:00 A.M. until the time of the service at the Church.