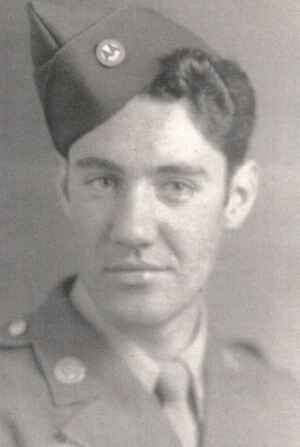 Mr. Roy E. Hignite, 95, of Spring Valley, Ohio passed away on Tuesday, November 2, 2021 at Traditions at Hunter Station in Sellersburg, Indiana. He was born on January 14, 1926 to the late Jasper and Suzie Hignite (Lakes) in Bond, Kentucky. Roy honorably served his country in the United States Army. He served as a Military Police Officer during World War II. During his time in the service he boxed Golden Gloves.  Roy worked as a skilled machinist for NCR and General Motors until his retirement. He was also the music director for a number of Southern Baptist Churches throughout his lifetime. He was a fierce competitor in the game of Ping Pong. He won a state championship in the 65 and older bracket. Roy was a Free Mason and a master gardener. He was preceded in death by his loving wife of 71 years, Bobbie jean Hignite, by  his son, Terry Hignite, by his sister, Beulah Thomas and by his two brother-in-laws, David Thomas and Carl Morgan.

Funeral services will be held at 1:00 P.M. on Saturday November 6, 2021 at the Garr Funeral Home in Sellersburg. Visitation will be held on Saturday from 10:00 A.M. until the time of the service at the funeral home. Military honors will be held on Sunday at Roach Cemetery in Annville, Kentucky. Honors will begin at 2:00 P.M. at the Cemetery. The services being held will be a celebration of the lives of Roy and Bobbie. Mrs. Bobbie Hignite passed away on May 1, 2020, a time when COVID prevented her services from taking place.