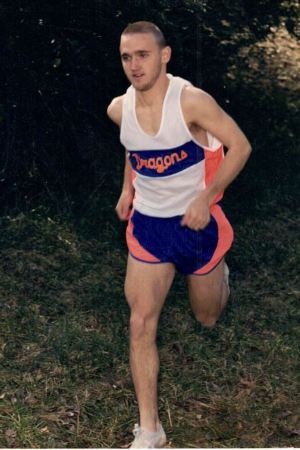 John William East, Jr., 47, passed away on Wednesday, April 15, 2020 at Clark Memorial Hospital in Jeffersonville, Indiana. He was born on September 4, 1972 to John and Paula East in New Albany, Indiana. John was a 1992 graduate of Silver Creek High School. He was a very successful Cross Country athlete during his time at Silver Creek.  He was the recipient of the distinguished IHSAA Mental Attitude Award.  John worked in the food service industry throughout his life. He was the number one University of Kentucky Wildcat Fan and very knowable in politics.   He was preceded in death by his mother, Paula East.

Survivors include his son, Brian East of Zephyrhills, Florida, his daughter, Abbigail East of Charlestown, his father, John W. East, Sr. (Linda) of Sellersburg, his brother, Alan Gilmore of Floyds Knobs, Indiana, and his sisters, Christa East Hall (Larry) of Union Star, Kentucky, and Stephanie Lewellen (Steve) of Charlestown. John also leaves behind many nieces and nephews to cherish his memory.

With the current pandemic situation the family has chosen a limited viewing at this time. A celebration of life will be held at a later time.  Memorial contributions can be made to the Garr Funeral Home to help with final expenses.

To send flowers to the family or plant a tree in memory of John William East, Jr., please visit our floral store.

You can still show your support by sending flowers directly to the family, or by planting a memorial tree in the memory of John William East, Jr.
Share a memory
© 2020 Garr Funeral Home. All Rights Reserved. Funeral Home website by CFS & TA