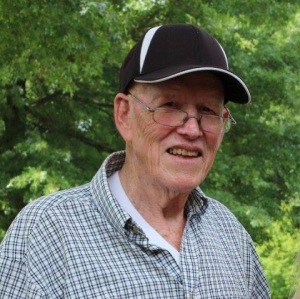 Norman E. Davis, 81, entered eternal life on Sunday, April 21, 2019 at his home surrounded by his loving family.  He retired from Phillip Morris and was preceded in death by his parents, Charles and Helen Davis, brothers, Charles and Francis Davis and a sister, Norma Ellis.  Surviving are his loving wife, Wilma Davis, Sellersburg, son, Jeffery (Ashley) Davis, Sellersburg, daughter, Lisa (Chris) Spears, Louisville, sister, Marcella (Emory) Grimes, Sellersburg, brother, Paul Davis, Jeffersonville, sister, Marilyn (Dennie) Amos, Sellersburg, sister, Ruth Anne (Ronnie) Andres, Sellersburg, grandchildren, Ben, Evan, Ellie and Grant Spears, Sam Vaughn, Michael and Victoria McGuire.  Funeral services will be held 11AM Friday at the Garr Funeral Home in Sellersburg with burial to follow at Sellersburg Cemetery.  Visitation will be Thursday from 3-8PM and anytime after 9AM until the time of service on Friday.  In lieu of flowers, memorial donations can be made to Cystic Fibrosis Foundation, 1941 Bishop Ln. #108, Louisville, Kentucky 40218.  Online condolences can be made at www.garrfuneralservices.com.